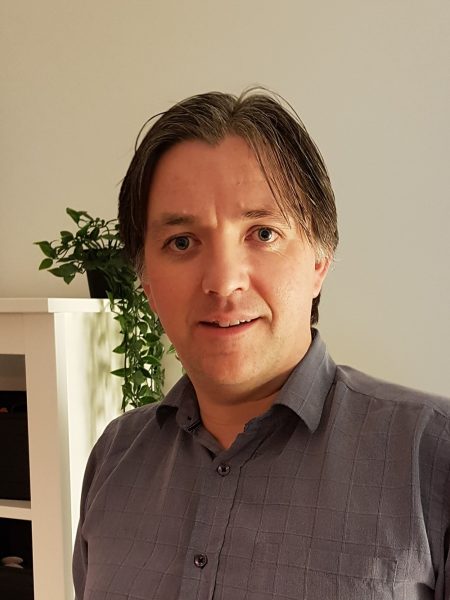 In our column #EmployeeExperience, we regularly interview staff members of different gaming employers in different positions, who just joined their company. Our today’s interview partner has travelled far: Last summer, Ben Calder and his family moved from Australia to Germany. Like this, Ben fulfilled his dream of  working in the games industry – he has been hired as a PHP backend developer by InnoGames, a Hamburg-based developer and publisher of successful browser games. In the following interview, Ben speaks frankly about his former career steps, his experiences in the new company and how he and his family have been supported by his new employer during the first weeks in a foreign country.

Games-Career.com: Please, introduce yourself shortly and tell us which department you are working in.

Ben: Hi, my name is Ben Calder, 42 years old, and I am Software Developer at InnoGames.

Games-Career.com: Since when have you been working with InnoGames and how can your position be described?

Ben: I moved to Hamburg from Australia with my wife and daughter to take up a position of PHP backend developer in July this year. My daily tasks in the team include designing, writing and testing PHP and Postgresql code, investigating live server issues and general devops tasks such as release management and hotfix updates, and contributing to agile process meetings and code reviews. It is a constantly evolving role in a dynamic, multi-talented team.

Games-Career.com: How and what were your first week’s experiences at InnoGames?

Ben: My first few weeks at InnoGames involved lots of meetings and onboarding processes, including external meetings such as residency applications at the Welcome Center in Hamburg. I was introduced to the codebase for Grepolis by another team member, and my early contributions to the code were done via pair programming. The team in general was more than happy to assist with my settling in! 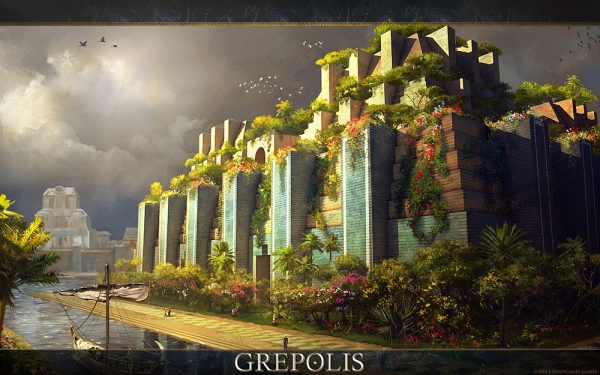 In his current position, Ben is working on the Strategy MMO Game “Grepolis”

Games-Career.com: How have you been supported with onboarding at InnoGames?

Ben: Moving to the other side of the world without speaking the local language was a daunting prospect, and I can honestly say my family couldn’t have done it without the support we received from InnoGames. They provided us with somewhere to live when we first arrived (the Innoflat) where we got to know several other new employees also living there at the time. This share-house option was vitally important as it would have been very difficult to find a place to live from Australia with the language barrier. InnoGames is now providing my wife and I with German lessons so that we can learn the language and integrate more easily into life here in Hamburg.

When we arrived in Hamburg, InnoGames hired an external company to assist us with finding our own apartment in Hamburg, and this included taking us to several apartment viewings. Once we had found the ideal place, they also helped with our rental application and inspection with the agent, as well as the setting up of water, electricity and internet. The relocation team also helped us with the residency permits and finding a school for my daughter, all of which was generously paid for by InnoGames.

The final thing I want to mention is that InnoGames also reimbursed us for our relocation costs after we arrived. Obviously, the majority of this was the airfares for my family to relocate, but there were also shipping costs involved to move some of our household items from Australia. I can’t thank InnoGames enough for the support we have received in moving to Hamburg from Australia.

Games-Career.com: What do you particularly like about your new position?

Ben: I am very grateful to be working in a diverse team of highly intelligent and passionate professionals. When I was looking for the next step in my career, I decided that I wanted to work for a truly international company where I could both contribute and learn from my colleagues. While moving into the gaming industry was high in my priority, my main goal was to find a workplace with a strong culture and philosophy. I also just wanted to have fun at work again, and InnoGames has certainly provided that for me. The team I work in are friends outside of work too, and we often get together after work to play board games in the Barista Bar (the in-house cafeteria).

Games-Career.com: How did you get to your current position and which career steps have you taken so far?

Ben: I have been in the software industry for around 10 years, and after I left my last job I decided to take some time off from work to spend as a stay-at-home husband / father. My original plan was to have about 6 months off (I ended up having 11 months off), and during this down-time in my career I thought long and hard about the next step in my career. I originally started looking at the big companies in the US – Amazon, Google, Facebook, Twitter, Netflix etc, and I had several interviews that didn’t end up leading to employment. After a few US rejections, I thought about what I really wanted to do, and decided that if I didn’t try to get into the games industry now (at age 42) then it would only get harder in the future. So I started applying for my favourite companies for any job that they advertised that I thought looked interesting – Bethesda Softworks, Ubisoft, CPP Games, EA Games but the one I was most interested in was InnoGames. My favourite game at the time was Forge of Empires, and I had played Elvenar extensively too, so this was where I wanted to be. The first position I applied for at InnoGames was unsuccessful, however on my second application I got an interview and now I live in Hamburg!

It’s been less than 6 months for me, so not much time to take further steps in my career since I arrived, but the Technical Product Lead for Grepolis will be away for two months on Parental Leave and I have been chosen to fill his shoes while he is away. The detailed career model that InnoGames defines what is expected of employees at the various stages of their career, and I see great potential to grow in my role and beyond.

Games-Career.com: Do you have any advice you would like to impart to potential applicants?

Ben: I guess all I can say is this: Don’t be afraid to move internationally to follow your dreams and aspirations. If your goal is to move from the other side of the world to InnoGames, it is easier than you think!

Games-Career.com: Since your career entry has been accomplished, which further plans concerning your occupational advancement at InnoGames do you have?

Ben: I can see myself being here a long time, and would like to continue to grow and develop in my career at InnoGames for a long time to come. I am interested in further study which InnoGames can provide through their Bachelor and Master program as part of the “Innoversity”, and the conference attendance and networking opportunities seem to be a great perk of the job here at InnoGames.

We are grateful for this detailed and pretty personal interview, Ben! Hopefully the weather in Hamburg won’t change your mind and you will be able to achieve all results you are aiming for!

Interested in working with InnoGames yourself? Find all recent job opportunities on the company profile.